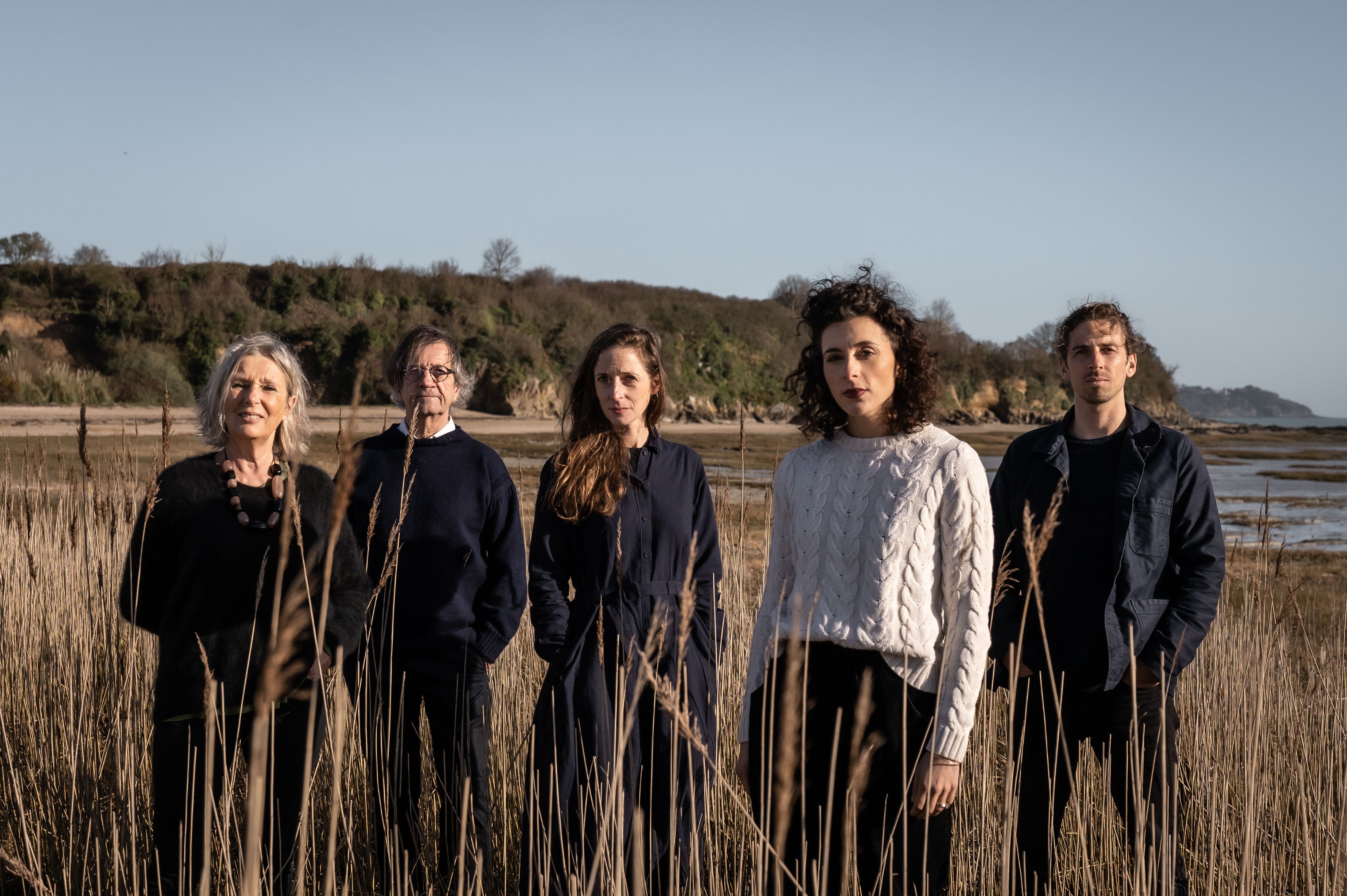 Born in Cancale in 1955, Olivier Roellinger spent his childhood in the Maison du Voyageur, an
eighteenth century shipowner’s mansion (malouinière). The house had once belonged to the Heurtaut
de Bricourt family, cousins of the famous privateer, Robert Surcouf.

Olivier’s father, a doctor, received his patients at the mansion, while Olivier dreamed of the epic
privateer adventures and fairy tales in Mont Saint-Michel Bay. The mansion would later house the
Michelin three-star Bricourt restaurant and today holds the kitchen workshop where the spice blends
are prepared.

At the age of 21, Olivier was assaulted on the walls of Saint-Malo. He had both his legs broken and was
left for dead, lying comatose. He had been studying to become an engineer at Arts et Métiers, but his
life came to an abrupt standstill, later to take another path altogether. During his long recovery, Olivier,
wheelchair-bound, regained a taste for life thanks to visits from his friends and his mother’s home
cooking. After his initial adventure into science, it was literature and cookbooks that would guide him
towards a new adventure: the eventual opening of a restaurant with his wife Jane in his childhood
home. 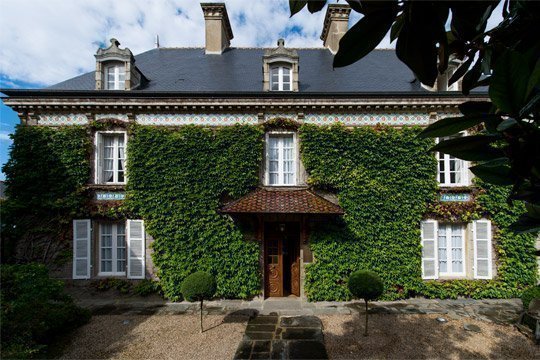 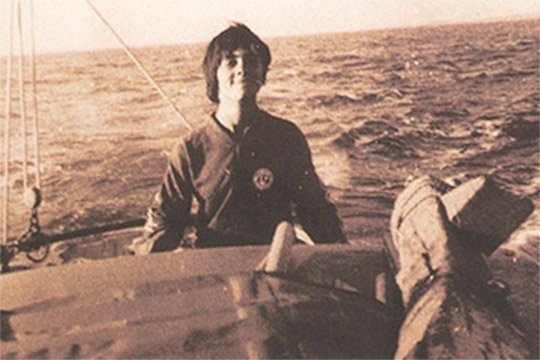 Marriage of Olivier and Jane Roellinger.

Opening of Le Bricourt restaurant in the Maison du Voyageur.

It was a team, or rather a family, that opened the Le Bricourt restaurant. Olivier worked in the kitchen,
always seconded by André Elsan. While finishing her pharmacy thesis, Jane waited the tables alongside
André’s wife, helped out by friends, and Olivier’s mother took care of the laundry.

Creation of Olivier’s first spice blend, Retour des Indes (“Back from India”). The blend combines the
fourteen spices that could be found in the port of Saint-Malo in the eighteenth century, shipped by the
French East India Company and West India Company.

The blend came as a revelation to Olivier. Spices, an integral part of the history of Saint-Malo, became a
means of expression for him, a way of punctuating his cuisine, narrating the story of Brittany as a land
enriched by tales of faraway lands. They offered the possibility of a cuisine elaborated in the style of a
great adventure novel.

Olivier Roellinger gained his first Michelin star for the Bricourt restaurant and Olivier and Jane’s
daughter Mathilde was born.

The small Les Rimains hotel was opened in a 1920s house on the Cancale cliffs, once home to a great
composer. 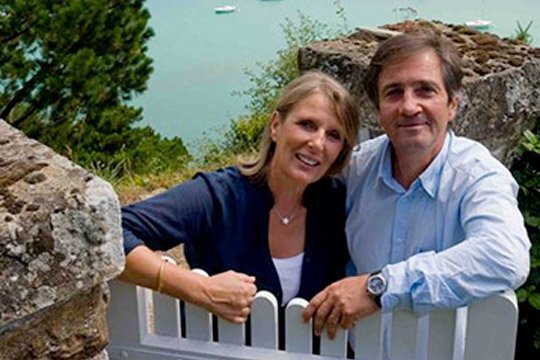 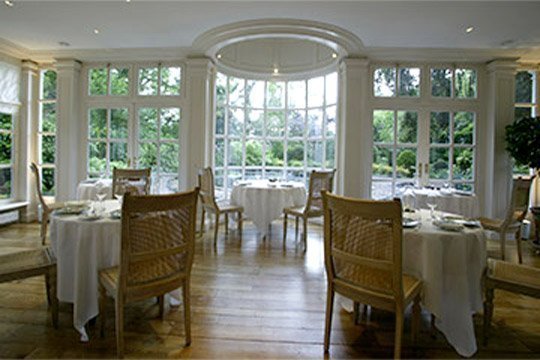 Olivier became a member of the Relais & Châteaux association for boutique hotels and gourmet
restaurants.

Jane and Olivier fell in love with Château Richeux, a grand 1920s villa overlooking Mont Saint-Michel
Bay: a magical place where the sun rises from the sea. They oversaw the creation of thirteen rooms and
the Coquillage restaurant within the villa.

Olivier Roellinger was named Gault&Millau Chef of the Year, with a rating of 19.5 out of 20

The first Épices Roellinger warehouse shop was opened in Cancale.

Jane and Olivier’s Bricourt restaurant received the ultimate accolade of three-Michelin-star status for
its cuisine that combines the most exquisite spices with inspiration from the sea.

Olivier was forced to retire from the kitchen for health reasons. He closed the restaurant and
transformed it into a test kitchen for the creation of spice blends.

The Maison du Voyageur became home to the kitchen workshop and the Cancale warehouse shop and
remained the family’s primary place of inspiration and creation.

The crew moved to Château Richeux, embracing its elegant and joyful simplicity.

The second Épices Roellinger warehouse shop was opened, this time within the city walls of Saint-
Malo.

Attracted by the open sea, Hugo started out sailing the high seas as a merchant navy officer.

On his father’s birthday, he announced his desire to become a cook. 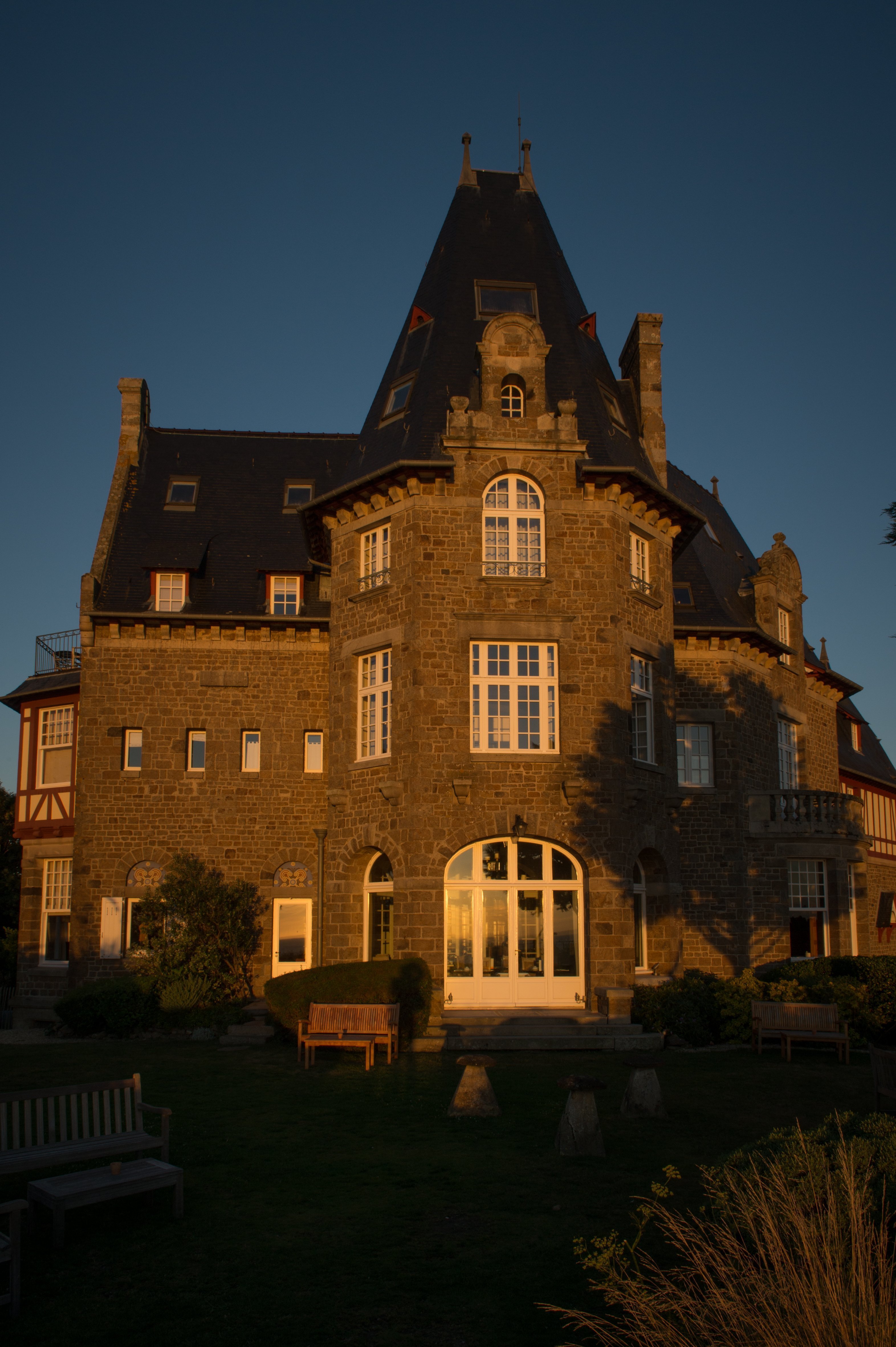 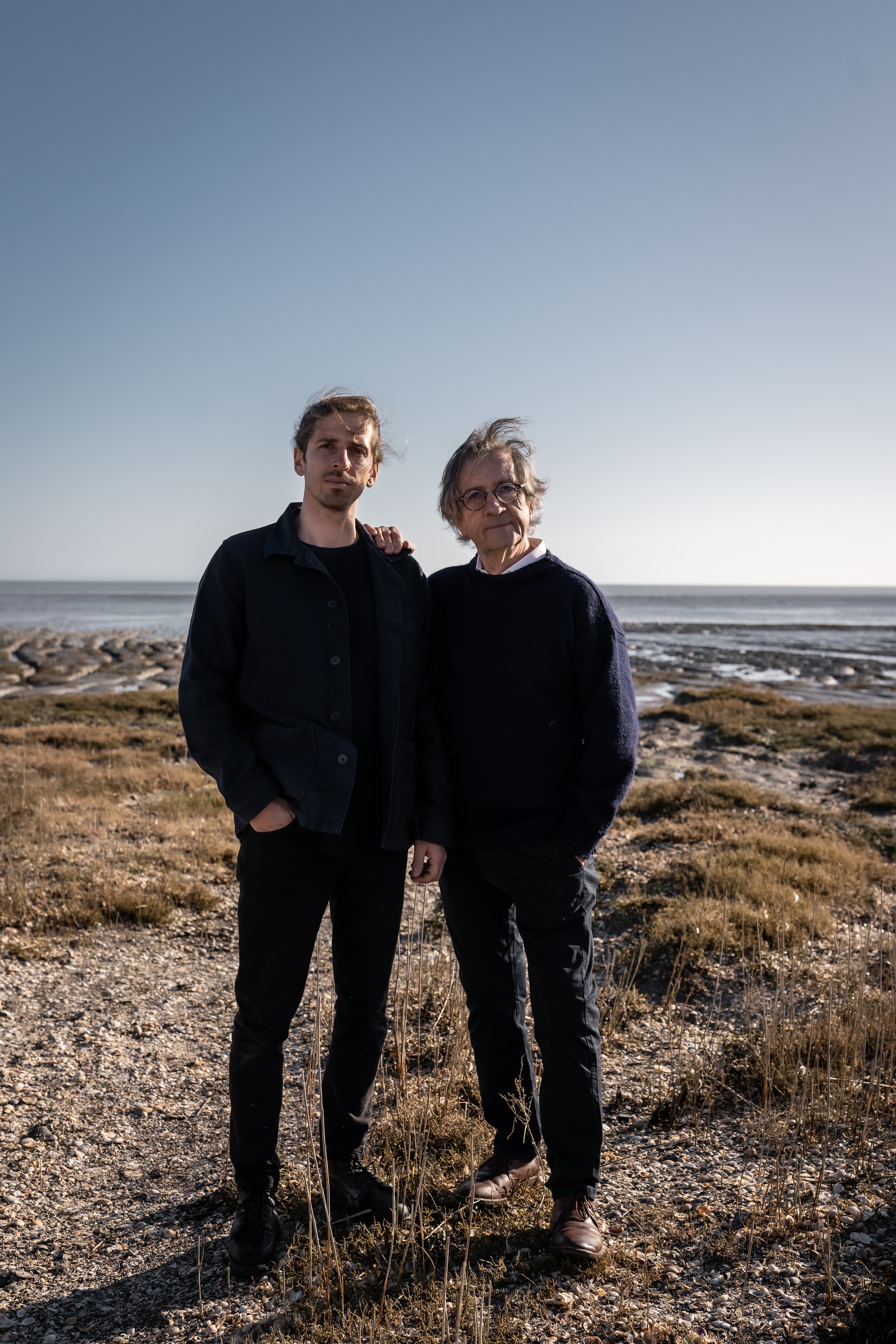 After training at the Ferrandi School of Culinary Arts in Paris, Hugo learnt from Bras and Troisgros, as
well as Pierre Gagnaire and Michel Guérard, before docking at the Maisons de Bricourt kitchens.

Since 2014, Hugo has been elaborating his own cuisine with his crew at Coquillage, Maisons de
Bricourt’s restaurant, working with seaweed paired with the most exquisite spices. He endeavours to
create flavours that evoke Ocean abysses and sea spray carried on the wind.

The Roellinger family launched La Ferme du Vent and the Celtic Baths (Bains Celtiques). Guests are
hosted in wind shelters, known as kled in Gallo-Breton. These boutique lodges offer the very best in
hospitality. Guests can dine in the lodges and be pampered in the Celtic Baths.

The Bains Celtiques-Roellinger line of care products was created specifically for the kleds.

After practising as a lawyer at the Paris bar for eight years, Mathilde returned to the family and crew of
Maisons de Bricourt to take over the world of Épices Roellinger. 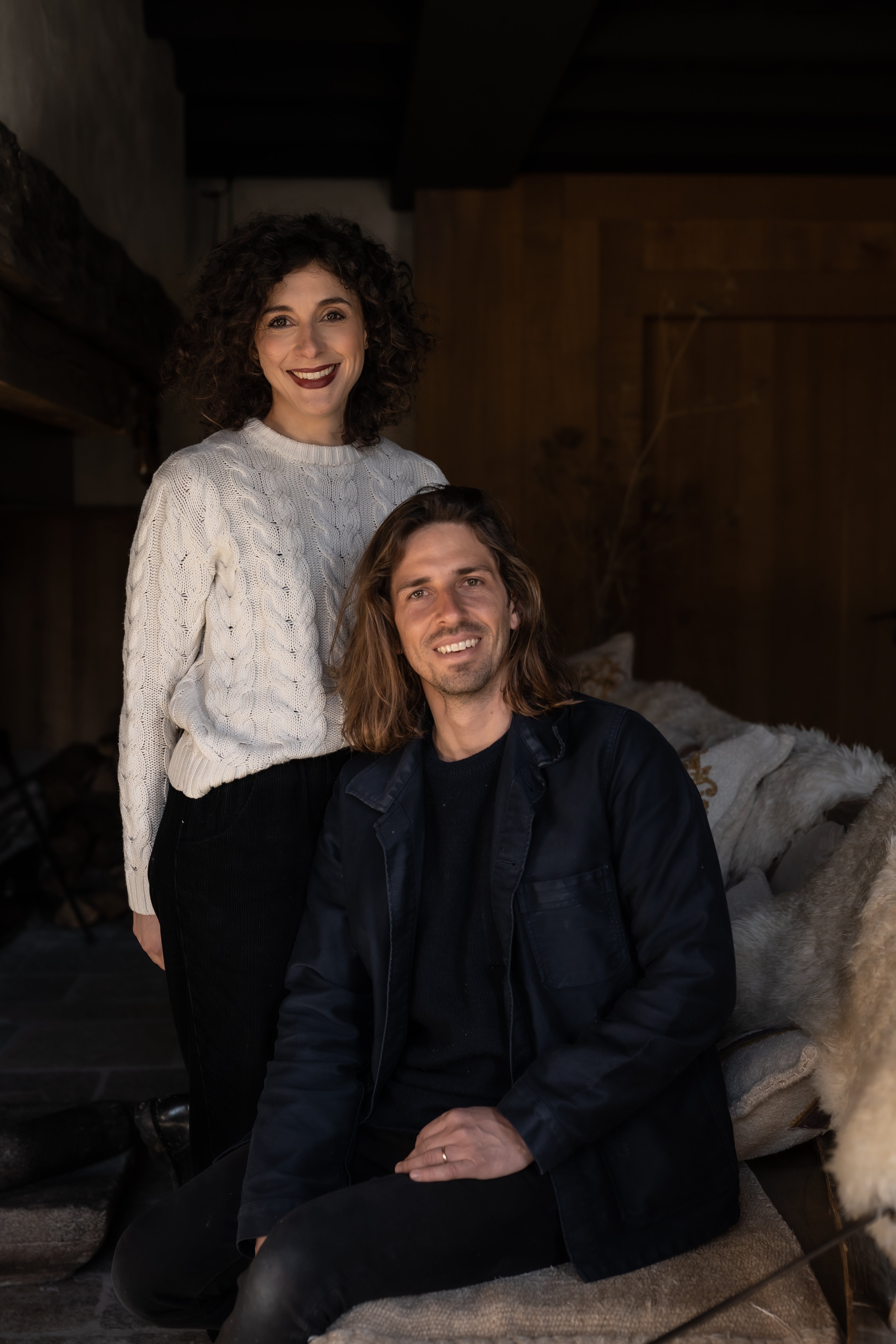 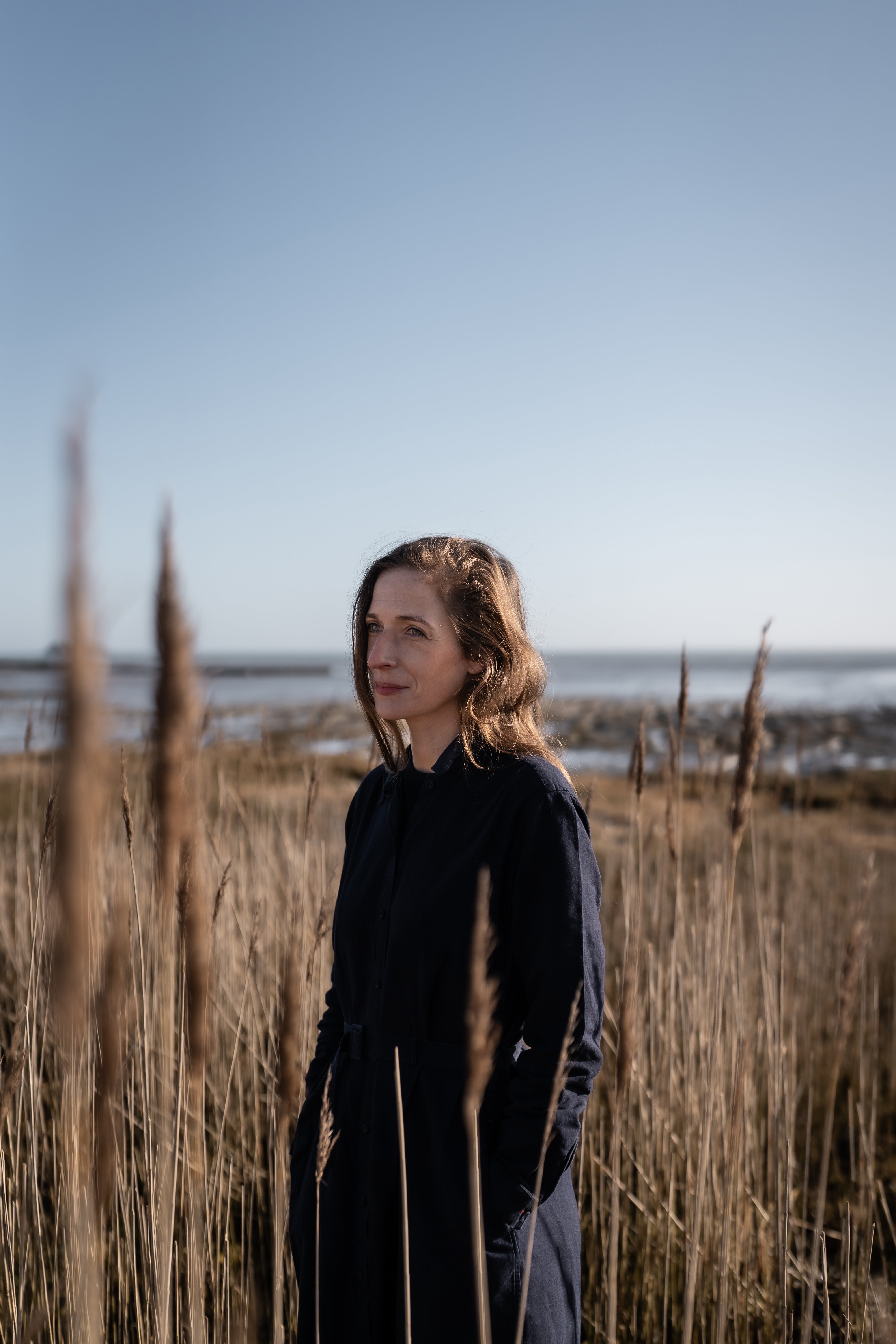